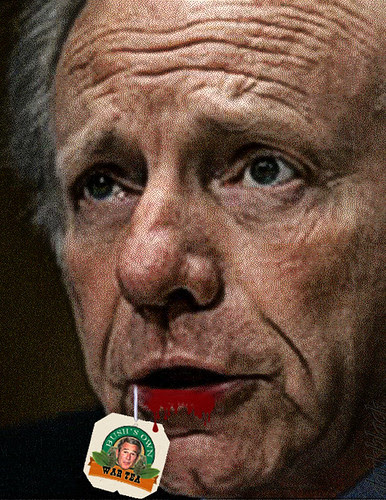 Lieberman: Bush’s ‘Ratings Among Historians Will Be Greater Than His Ratings In The Polls Today’


Yesterday in an interview with right-wing radio host Hugh Hewitt, Sen. Joe Lieberman (I-CT) praised President Bush’s policies in Iraq and predicted that Bush will be remembered by historians as a great President:

LIEBERMAN: Well, I personally believe look, mistakes were made, and I know the polls are down, but I think on the largest issue of our time, which is the rise of Islamist extremism, that he will be judged as a president who saw the threat, and in the midst of an unpopular war, he stuck with it.

And so I think overall, over time, his ratings among the historians will be greater than his ratings in the polls today.

I wholeheartedly agree...If the defining metric used by said historians is based on mendacity and malfeasance.
Posted by darkblack at 10:27 AM