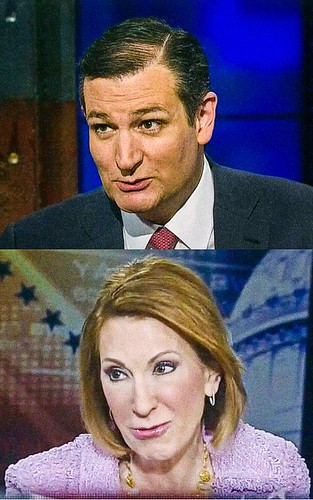 How are they making him up to disappear his birth in Alberta, Calgary, Canada?

(Or is his mother's birthplace the reigning factor?)

Hello Cirze! As a post-April Fools' bit of seriousness, ultimately Cruz' aspirations are as legitimate as Obama's were. His mother - like Obama's - was American by birth, and this (rather than place of birth) is the determining factor in citizenship.
Irrespective of whether the father is a blacklisted Kenyan counter-revolutionary (Obama) or a deported pro-Castro revolutionary turned Christian zealot (Cruz), this immutable fact - and the privileges derived from it - remain. Thanks for stopping by!

Thank you (as usual).

I was familiar with that argument and just wondered if his situation might be being portrayed as different from Obama's in order to differentiate him in Republican circles from the hated "Kenyan."

But I'm also half joking.

Great to see you back.

'.. just wondered if his situation might be being portrayed as different from Obama's in order to differentiate him in Republican circles from the hated "Kenyan."'

Not as far as Cruz is concerned,Cirze - being a birther means never having to apologize for your own identical circumstances...in fact, using the power of one's own cognitive dissonance to leave the inconvenient past behind on the way to a brighter tomorrow.