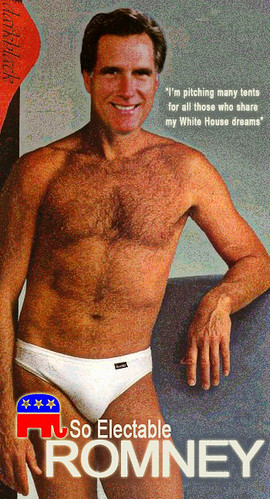 Good of him to keep out of charm's way.

(Apologies for the ancient graphic -  but sometimes the same old candidate just isn't worth the pixels.) 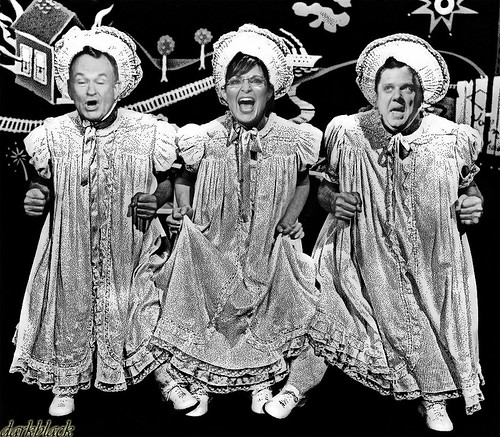 Normally, I wouldn't give anything but the back of my hand to any denizen of a propaganda network that contains more than 60% of bare-faced lies...However, I did get a mild smirk out of broadcaster Bill O'Reilly's succinct place-putting of a media creature who has shown herself patently incapable of either speaking in complete sentences, or having subjective cognitive awareness of what an ultra-buffoon she has dwindled to after the Right wing fap-fest had wiped off and moved on.

So, kudos to you, Bill-O...and no offense intended.

I Am Not Charlie 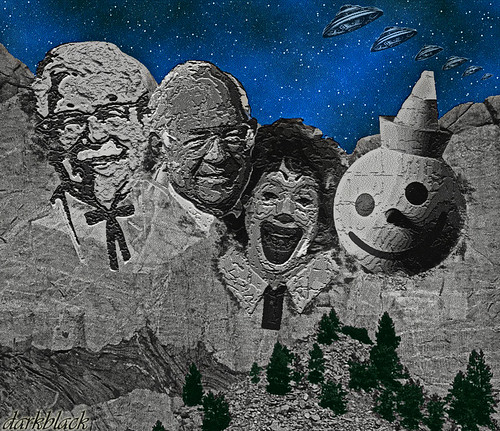 None of us in North America are.

As J.J. McCullough opined in CNN:


Cartoonists in North America increasingly do not see themselves as avant-garde provocateurs for whom no subject is beyond reproach, but rather, as cautious advocates for a particular strain of progressive tolerance.

Quite right, as I have had much opportunity to notice (and regret) since well over a decade ago. There were, and are very few artists on this continent who dare to pictorially exaggerate the foibles and peccadilloes of the obnoxious and powerful, most wishing to avoid the consequences of economic or physical reprisal for their tail-twisting...myself and a few others perhaps being the tepid exceptions to the rule, in spite of enshrined legal protections for such activity.
Fear is a valuable agent against unorganized opposition for those who work in the shadows and who wish to remain there, unmolested and unseen.

Throughout my sojourn, I have never satirized or belittled the deities that one or a group might profess to believe in, for the simple belief on my part that insulting someone elses imaginary friends can often lead to unwarranted hostility among otherwise peaceable folks.

OTOH, I have no such qualms regarding individuals or institutions that profess and perform calamitous stupidities on behalf of their deities and financial backers (the two being somewhat hard to tell apart at times), wrapping themselves gaudily in a threadbare cloak of sanctimonious piffle while they break their own commandments for sport and profit.

I refuse, now and forever to offer respect to such sketchy, cultish motivations that would allow self-serving minds of that shade the opportunity to inflict themselves on others for a specious payoff in a galaxy far, far away.

Fortunately, one needn't ridicule beliefs when the actions themselves are indulgences in foolishness and mendacity.
The issue now for us, and the world is the line between the two that some have deliberately chosen to blur...or obscure completely.

A dose of realism is in order - unlike academics in far-off countries who declaim the breezy ease by which criticism of native religions in the West can be levied in North American mass media, I know good and well that such bold criticisms will often...no, always be met by vociferous, organized push-backs in some cases escalating to firearm use.

I have had occasional personal threats (implied and decidedly minor), and I have felt the invisible lash of negative public opinion at times, from 'left' and 'right' alike...although those situations were never considered by myself as a reason to stop creating, or 'go ghost'  unlike some unfortunates, as I was already as 'anonymous' as one could reasonably think one to be in a world of unseen digital footprints and obsequious surveillance...Or so I thought.

Perhaps I should rethink that quaint strategy. Perhaps.

And so here we are...the second decade in the 21st century, but soon to return to a more comforting time (for some) of darkened, medieval pleasures and the imminent return of the Leviathan.

"No arts; no letters; no society; and which is worst of all, continual fear, and danger of violent death: and the life of man, solitary, poor, nasty, brutish and short."


Brothers and sisters, are you ready? Really ready?